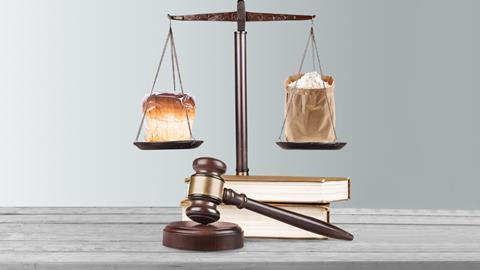 Why Defra is weighing up changes to bread and flour rules

When it comes to bread and flour, it’s time to rewrite the rulebook.

Or, to put it in slightly less hyperbolic terms, there are moves underway to revise the Bread and Flour Regulations 1998.

The legislation in question specifies the technical requirements for bread and flour produced in the UK. Among the various aspects covered are the essential ingredients of flour, permitted ingredients for flour and bread, and restrictions on the use of the words ‘wholemeal’ and ‘wheat germ’.

One of the key functions of the regulations is to lay out the details for the mandatory fortification of flour. For example, as the legislation stands, calcium, iron, thiamine (vitamin B1) and niacin (vitamin B3) must be added to all white and brown flour (wholemeal flour is exempt as the wheat bran and wheat germ from the grain included in the final flour are natural sources of vitamins and minerals).

So far, so good. But why are changes being mooted? One of the key reasons is – you guessed it – Brexit. So why does the UK’s divorce from the European Union necessitate changes to the regulations? Well, as with pretty much everything associated with the B word, it’s complicated.

“The review will include a public consultation on policy options to ensure the regulations best reflect the needs of UK industry, consumers and enforcement authorities”

The end of the transition period has been a gamechanger because until then, UK food regulations were subject to what’s commonly referred to as the ‘mutual recognition principle’ within the EU. This is a clause in the Treaty on the Functioning of the European Union that prohibits member states from introducing regulatory barriers to free movement of goods unless they are justified on certain grounds such as public morality or public health and safety.

Of course, since the end of the transition period, UK products can no longer benefit from the mutual recognition principle and businesses continuing to export to the EU now have to check if the destination market has any national rules that apply. Accordingly, the Department for Environment, Food & Rural Affairs (Defra) has removed the mutual recognition provisions within the Bread and Flour Regulations 1998 for England.

The department has also extended an existing defence of selling non-compliant flour destined for export to include a new defence for sale of non-compliant flour to be used to manufacture products for export. These changes have been made via the Food (Amendment and Transitional Provisions) (England) Regulations 2021. Wales, Scotland and Northern Ireland are likely to introduce similar amendments following consultations. 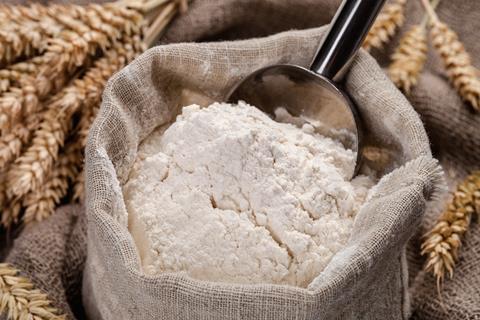 So, with wider circumstances changing the rules, Defra has decided it’s time for action.

“Defra – alongside FSA in Northern Ireland and Wales, FSS in Scotland, DHSC, and the Scottish and Welsh governments – has started a review of the Bread and Flour Regulations 1998 and the Bread and Flour (Northern Ireland) Regulations 1998,” a spokesperson for the department confirmed to British Baker. “This will explore potential for additional exemptions and review other regulatory issues. The review will include a public consultation on policy options to ensure the regulations best reflect the needs of UK industry, consumers and enforcement authorities.”

Defra held an industry consultation in February and March this year and has subsequently set up a Bread and Flour Technical Working Group (BFTWG) comprising stakeholders representing a cross-section of the bread and flour supply chain. Along with various government agencies, industry bodies and consumer groups, organisations invited to take part include UK Flour Millers, Federation of Bakers (FoB), Real Bread Campaign and companies such as Premier Foods, AB Mauri and Lesaffre.

“The most important thing is there should be consistency across the UK so bread and flour can be moved, as necessary, between the different parts of our country”

Ahead of the first meeting of the BFTWG in September, the Defra spokesperson said the duration of its review will depend on the finalised scope, adding: “Many of the issues we already know about are technically complex, so it is important sufficient time is given to finding the best way forward.”

We already know one of the items on the agenda because it’s a done deal. On 20 September the government announced that the fortification of non-wholemeal wheat flour with folic acid will become mandatory in the UK to help prevent spinal conditions in babies. The implementation of the decision will be discussed as part of the planned review.

The move means the UK will join 80 countries, including Australia, New Zealand and Canada, which are adding folic acid to staple food products to combat neural tube defects. In terms of industry impact, Alex Waugh, director general of UK Flour Millers, said his members “will do all they can to overcome any practical challenges to make [the change] happen.”

So, what are some of the other likely discussion points? FoB was tight-lipped when approached by British Baker but its annual report stated it had drafted a report with suggested amendments to the regulations, “with a particular focus on the disparity between Defra’s view and that of the EU Commission on the definition of flour as processed/unprocessed”.

With devolution and post-Brexit complications in Northern Ireland adding to regulatory complexity, Waugh of UK Flour Millers sees a compatible approach as the key goal of the review. “The most important thing is there should be consistency across the component nations of the United Kingdom so bread and flour can be moved, as necessary, between the different parts of our country,” he added. 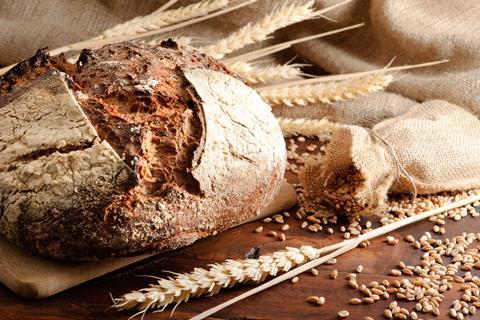 Another hot topic set to be debated by the BFTWG is the possible introduction of rules for the labelling and marketing of sourdough.

Some might say this is long overdue since proposals for a so-called UK Baking Industry Code of Practice for the Labelling of Sourdough Bread & Rolls were drafted by a number of industry bodies, including the Association of Bakery Ingredient Manufacturers (ABIM), Craft Bakers Association and FoB, and presented to Defra for discussion back in 2019.

Defra has confirmed that “open discussions” relating to sourdough labelling will take place across the supply chain, and that the BFTWG will “ensure sufficient time for stakeholders to express views and find workable solutions”.

Those discussions could prove lively, since views differ significantly across the BFTWG, and the first sticking point is the actual proposals previously submitted to Defra.

“If there’s just a small sprinkling of sourdough flavouring or powder to justify the use of the word, we believe it’s misleading to the customer”

For example, the last definition would be used to describe ‘a product made with live and/or inactive sourdough, in which additives or flavourings that impart sourdough-type acidity, flavour or aroma to the finished product have also been used (e.g. acids or their salts); and which contains baker’s yeast and other permitted additives’.

The Real Bread Campaign took issue with these proposals when they were first submitted, arguing that they would allow producers to ‘hijack’ the term sourdough, undermine the integrity of the word and make choices more confusing for shoppers. Now invited into the fold of the BFTWG, the organisation intends to make the case for tighter regulation on the use of the term.

“At the moment there are very few words that are regulated when it comes to bakery,” Chris Young, Real Bread Campaign coordinator, told British Baker. “The word wholemeal is regulated but there are many other words being used, including sourdough, typically in a way to encourage shoppers to part with a little bit more money.

“If there’s just a small sprinkling of sourdough flavouring or powder to justify the use of the word, we believe it’s misleading to the customer, particularly when there’s a growing body of evidence that there are nutritional and health benefits to genuine sourdough bread, and it’s also no good for the small independent baker. 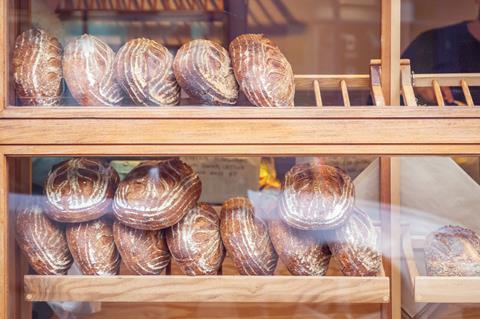 Aside from the sourdough marketing issues, Young sees the Real Bread Campaign’s participation in the BFTWG as a chance to argue for greater transparency on ingredients.

“At the moment, ingredients labels have to appear on products sold as packaged and pre-packed loaves. As of October, there will also be full labelling required for those pre-packed for direct sale. But that leaves out unwrapped loaves.

“Go into the supermarket or even the high street baker and you will find loaves that are unpacked or packed after the customer has ordered them and there will be no ingredients and additives listing. There might be a declaration of allergens but there won’t be an easily accessible, full list of everything that went into that loaf. We believe people deserve that.”

Despite the challenges the BFTWG will have to negotiate, Young is staying positive. “We’re absolutely celebrating the fact that after 12 years of knocking on Defra’s door, they have finally agreed to what we have been calling for, which is to review these regulations.”

However, with no time frame or even scope decided, and Defra promising it “will be sure to consider all views and requests pertaining to the Bread and Flour Regulations 1998”, the review could be a long haul for all those involved.