4
How Beefcake Café made its award-winning Glasgow Sourdough 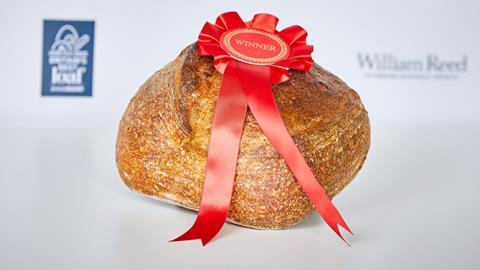 How Beefcake Café made its award-winning Glasgow Sourdough

When Catriona and Justin Savage of Glasgow’s Beefcake Cafe set out to create a ‘clean-flavoured and moreish’ sourdough, they had no idea it would take home the Plain Sourdough title in Britain’s Best Loaf 2021.

The husband and wife team moved back to Glasgow with their children in 2015 with a dream to open a bakery. Neither of them had any experience so they embarked on a process of self-education. And it certainly paid off.

Within three years they’d opened the Beefcake Cafe in Anniesland, which not only operates as an eatery but specialises in making baked goods including laminated pastries, cakes, brioche baps, gluten-free bread, and wholemeal and rye loaves.

Now the couple has a Britain’s Best Loaf 2021 trophy to add to their tally of achievements after their Glasgow Sourdough was crowned champion in the Plain Sourdough category. 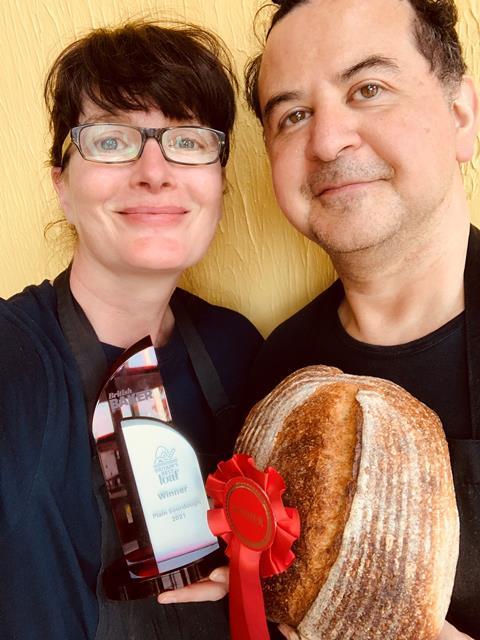 The pair decided to enter the competition after repeatedly being told by customers that their sourdough was the best they’d ever tasted. “That gave us the confidence to put it in,” explains Justin. “We’re all about trying to create tasty food. We try to make ours clean-flavoured and moreish in a way you sometimes don’t get with sourdough.”

So what ingredients are used in the prize-winning loaf? The sourdough is made from a mix of wholemeal, rye and wheat flours, supplied by Essex-based Marriage’s Millers. “It’s much more suited to the style of loaf we try to make which is one with a good crust, a very open crumb, moist and tasty,” he adds.

The flours are mixed and rested in water and the process is repeated until the levain is added. Salt is also included. The loaf is then cut, shaped and left in the fridge overnight. Altogether it takes 24 hours to make, which includes a 12-hour chilled proof.

The recipe is the result of much tinkering and testing lots of different flours from various companies over the years, although it was lockdown that gave the couple time to perfect the formula and create the winning incarnation.

As like so many businesses, Beefcake Cafe had to quickly adapt when Covid-19 first struck in 2020 so Catriona and Justin worked hard to transform the Cafe into a takeaway and delivery service for the community.

“The closing allowed us to develop a takeaway business we hadn’t had and during the time we saved in not serving customers we created a series of sweet and savoury bakes,” Catriona continues. “Pre-pandemic we would have a small amount of bread and laminated pastries, croissants and cinnamon buns and so on, as a little add on to our Cafe menu. When it turned to takeaway that turned around and we really developed the baking side.”

Justin agrees. “Through the year we’ve worked very hard to grow that and started doing pies, cruffins, sausage rolls, Danishes, croissants. Before we might only have been making 24 cinnamon buns. We made probably a couple of hundred cinnamon buns and we would do takeaway meals, sandwiches and so on.”

In fact, many people told the couple their deliveries were something they really looked forward to. “It was just the joy of really good tasty food. A lot of people said it helped keep their spirits up,” Catriona adds.

Then along came the Glasgow Sourdough and the rest is history. Judges at this year’s event, which was sponsored by ADM, Food Paper and Lesaffre UK, praised the loaf for its crumb structure, “good bounce”, “lovely waxy finish” and “overall great crust”. One even declared that “you’d want to slather lots of butter on and just eat it”.

So how does it feel to lift the Plain Sourdough title? “We’re so very surprised and very pleased,” Catriona says. “We’re very proud. We worked very, very hard and we’re glad we were able to show people what we can do.”