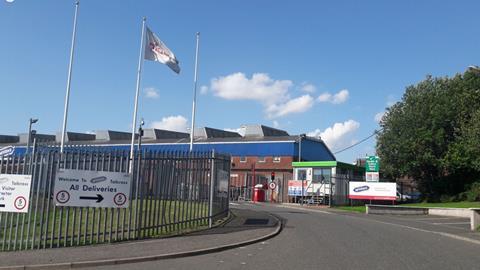 McVitie’s owner Pladis is consulting on the closure of its factory in Tollcross, Glasgow in a move that could put 468 jobs at risk.

The rationale behind the decision, according to Pladis, is to ‘address excess capacity’ across its UK sites so it can continue to ‘invest in the future success of the business’.

Tollcross was identified for potential closure based on a comprehensive business analysis, it added, which considered several factors including utilisation, volume and product mix. If the move goes ahead, production would be moved to other Pladis sites within the UK with the factory ceasing operations in the second half of 2022.

Pladis’ other factories in the UK are found in Wigston, Carlisle, Halifax, Manchester, Aintree and Harlesden. Its head office is currently located in Hayes, Middlesex but is set to relocate to Chiswick in London this summer.

“We know this news will be difficult for our colleagues at Tollcross,” said David Murray, Pladis UK & Ireland managing director, who announced the consultation to employees at meetings on 11 May.

“Our priority now is to provide them with the support they need during the consultation process.”

The closure is subject to a ‘full and meaningful’ consultation with employees.

“Pladis is home to some of Britain’s best loved brands which have been part of the fabric of our society for nearly two hundred years. In order to protect them for generations to come, we must take steps to address excess capacity in the UK. This overcapacity limits our ability to make the right investments in future capabilities to meet the very big changes in our industry,” Murray added.

This year alone has seen numerous businesses address their staffing and production needs. Asda recently announced a shake-up of its in-store bakery operations which put 1,200 jobs at risk while a major restructure at Roberts Bakery owner Frank Roberts & Sons was expected to result in 50 redundancies.