Mimi’s Bakehouse owner to be next Scottish Bakers VP 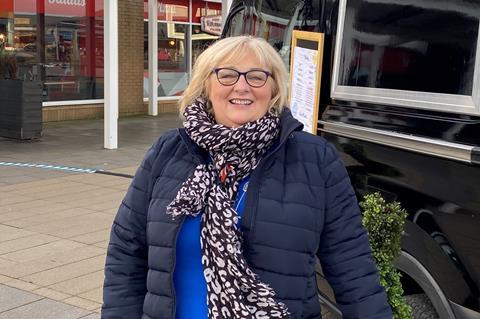 Scottish Bakers has confirmed that Michelle Phillips will become the trade body’s vice president when Ian McGhee is sworn in as president in May 2022.

Phillips, owner of Mimi’s Bakehouse, was nominated by incoming president McGhee, of Glasgow-based McGhee’s Bakery, who is stepping up from the position of vice president, as is customary within the organisation.

McGhee will take the reins from outgoing president Linda Hill, of Perth-based Murrays Bakers, who Scottish Bakers said has ‘seen the organisation through two of its most turbulent years as the sector stepped up to the challenges of a global pandemic’.

“After a great deal of thought it is a pleasure to confirm that I have asked Michelle Phillips to take on this role and I’m delighted to say she has accepted this honour,” said McGhee.

“Michelle has built an enviable – and growing – business and developed and extended her range of freshly baked goods over the years since Mimi’s first opened its doors in Leith. She embodies all the qualities a good baker ought to have, and I know she will be a powerful ambassador for our association in due course,” he added.

Scottish Bakers chief executive Alasdair Smith expressed his “delight” that Phillips and McGhee were stepping up to the “crucial roles” at a key time.

“It means that we, as a sector, can now look to our post-Covid future; we will need a strong and strategic team to help direct us and with Ian and Michelle, supporting the work of all at Bakers House, I am confident we can rise to the challenges ahead,” Smith said.

Outgoing president Hill spoke of her “great honour” of serving the “esteemed association” during a challenging time. “I am in post until May of course, with plenty still to do, but I am delighted to know that I will be able to hand over the chains of office to Ian, who was a great support to me during my tenure,” she said.

“I know that Michelle will, in turn, be great in looking after the future of the association. I will be leaving it in good hands,” Hill added.