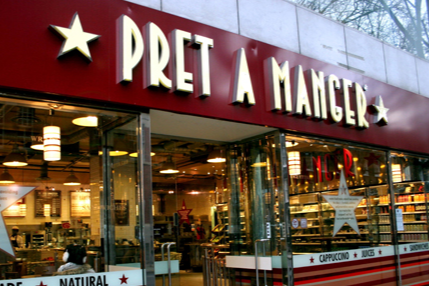 Pret A Manger is expanding its reach into Northern Ireland and the Republic of Ireland after striking a deal with franchise outfit Carebrook Partnership.

An opening on Dawson Street in Dublin this summer – creating 25 jobs in the Republic of Ireland capital – will be the first of 20 Pret shops planned across the island of Ireland over the next decade.

“Setting up shop in the Republic of Ireland and Northern Ireland has been our plan for a long time, and we’re thrilled that we’re finally able to make it happen,” said Pano Christou, CEO of Pret. “There has long been demand from our neighbours on the island of Ireland to bring Pret’s freshly prepared food and organic coffee, and now with the backing of Carebrook Partnership we’re able to do so. We look forward to making this partnership a success.”

Carebrook Partnership is one of Pret’s longest serving franchise partners, having worked with the business for 30 years. The company oversees a number of shops in London, including Camden, Belsize Park and Finchley. Dubliner Ray McNamara, Carebrook’s minority co-owner, has 25 years’ experience in the Irish food industry, including ownership of Ann’s Bakery, while Gerard Loughran, majority co-owner, grew up in Nenagh, Co Tipperary, and has over 30 years’ experience in the UK and US food sector.

“We’ve been working with Pret for over three decades, ever since they arrived in London,” said Loughran. “Having grown up in Tipperary, and with more than two decades of experience in the hospitality and food industry, I’ve always wanted to bring Pret to Ireland and Northern Ireland, so I’m delighted that this will soon become a reality alongside my co-owner Ray, who has great connections and links to the food sector in Dublin. We look forward to welcoming our new customers, soon.”

The franchise agreement follows Pret’s announcement last year that it would aim to double the size of the business within five years, including launching into five new markets by the end of 2023.

The coffee chain estimated that as many as 500 jobs will be created through the expansion into the island of Ireland. In addition, Pret is rolling out a recruitment programme aiming to hire at least 3,000 team members and baristas globally. Earlier this year the company confirmed that it would invest over £9.2m in staff pay, which it said was the biggest pay and benefits increase in its 36-year history. 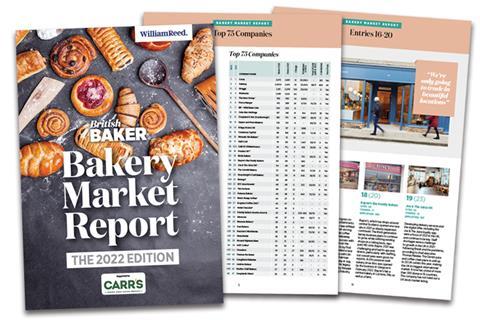 Find out more about Pret and its competitors in our unique snapshot of Britain’s out of home bakery market. The core of the report is the ‘BB75’ listing, which contains details of the country’s 75 largest bakery-focused operators ranked by the number of stores they operate.

Information in the report includes: