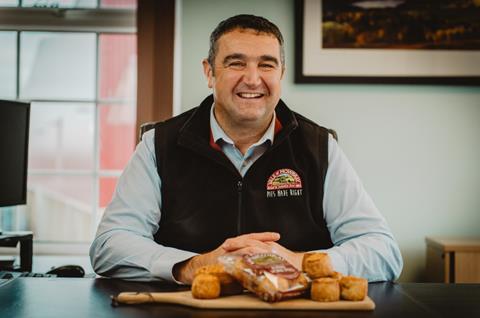 Mark Gatenby will never forget his first shift on the factory floor at pork pie manufacturer Vale of Mowbray. It was September 1997 and his job was to unwrap blocks of lard and open bags of flour.

Fast forward 23 years and the Yorkshireman is rolling up his sleeves once again, only this time the task at hand is rather more sizeable – he is preparing to take over the business from his father John Gatenby.

Originally established in 1795 as a brewery, Vale of Mowbray has a history of pie-making, sausage-making, ham-curing and even supplying bacon to the Queen, and runs a popular van delivery service in the north of England.

As many as 276 people are employed at its 8,000 square metre site, which produces 80 million pies per year, supplying the likes of Tesco, Asda, Sainbsury’s, Morrisons, Co-op and Booths, as well as wholesalers.

They’re big shoes to fill, but ones I’m proud to walk in

Gatenby, who is currently operations director and has been acting MD since March, officially becomes managing director later this month.

Even so, he jokes that his father might think “how the hell does a pork pie make it out the door when he’s not here?”.

Understandably, Gatenby has mixed emotions about taking over the reins. “I have a tremendous amount of respect for my dad, who ran the business for 40 years and is highly thought of in the industry,” he tells British Baker. “They’re big shoes to fill, but ones I’m proud to walk in.

“At the same time, there’s this sense of out with the old and in with the new. The transition’s been taking place for quite some time now and I’ve worked hard to bring in those changes.” 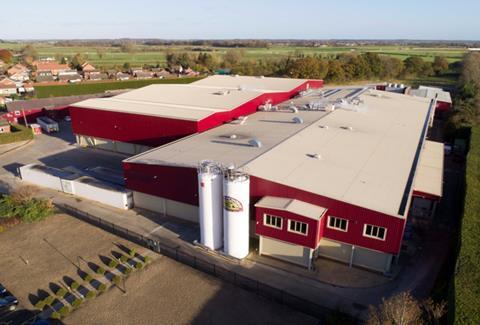 So, what’s on the horizon for the Leeming Bar-based business? The focus will be on the building the brand, Gatenby explains.

Consumer research conducted by the manufacturer revealed that pork pies traditionally have a dusty old image with the “flat cap and whippet under the chair” customer considered the target audience.

The idea is to switch this up by “attacking new markets” and appealing to millennials, vegan and plant-based shoppers as well as typical consumers, he says.

So how do they propose to do this?

A raft of NPD is in the pipeline for 2021 and aimed at those with a penchant for premium products as well as shoppers who care about the environment.

“In 12 months from now we’d like our product packaging to be plastic-free,” Gatenby says. “That’s the instruction we’re working towards. Our ultimate goal is to get the plastic tray out as well so the product goes onto the shelves with no plastic, not even the Sellotape used on the outer box. The project is well on the way.”

I have built a strong team around me, who have a shared vision, believe in hard work and doing the right thing, and we’re ambitious for the future

The independent, family-owned business also hopes to tap the vegan trend with the launch of a pea and soy protein-based pie next spring.

“There’s a lack of indulgent and comfort foods for the plant-based consumer,” he adds. “We’ve taken our time – 22 recipes – to get to our version of perfect. It was key for us to own our own recipe and we were keen to ensure these shoppers weren’t discriminated against on quality, flavour of price.”

A four-strong premium pie range will also be launched in the first or second quarter, although Vale of Mowbray couldn’t elaborate on the details at this stage.

Additionally, the brand’s identity has undergone a refresh. The landscape valley image has been replaced by a new text-only “contemporary and clean” company logo, accompanied by the wording ‘Established in 1795’ to reflect the company’s heritage.

While Gatenby is understandably sad he will no longer be working alongside his father, he is excited for 2021 and beyond.

“We’re innovative and agile and put the customer first,” he adds. “I have built a strong team around me, who have a shared vision, believe in hard work and doing the right thing, and we’re ambitious for the future.”