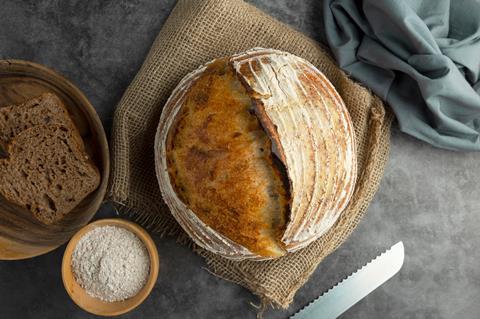 Bakers across the globe are gearing up to showcase additive-free loaves as Real Bread Week, organised by the Real Bread Campaign, kicks off.

Running from 20 to 28 February, the 2021 celebration comes after a surge in making and buying bread, as well as micro-bakery start-ups.

Covid-19 meant that bonds between bakers and their neighbours were strengthened, and independent bakeries were reinforced as the hearts of local communities, the campaign said.

Bakeries, schools and mills are among those taking part. Here are some highlights:

Those involved are encouraged to interact on social media using the hashtag #RealBreadWeek.

“We’re working towards a future in which everyone has the chance to choose Real Bread, whether skilfully crafted by a local baker or lovingly made at home,” said Real Bread Campaign co-ordinator Chris Young.

People can choose from over 1,000 bakeries on the Real Bread Map via the Sustain website and are encouraged to share #WeAreRealBread selfies on social media. Last year saw more than 2,000 posts from at least 37 countries, it added.