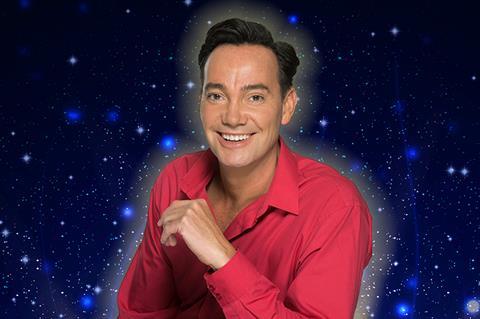 British Baker is pleased to reveal that the celebrity host for the Baking Industry Awards 2021 is Craig Revel Horwood.

He is a well-known face on TV in the UK and internationally, as a judge on all 18 series of BBC1’s Strictly Come Dancing. He was also a judge on Comic Relief Does Fame Academy, Strictly Ice Dancing, Strictly African Dancing and appears regularly on BBC2’s It Takes Two with Zoe Ball.

He has recently returned to his roots as a performer in musical theatre, starring as Queen Lucretia in Snow White and the Seven Dwarfs and as Miss Hannigan in the UK national tour of Annie as well as embarking on his solo “The All Balls and Glitter” tour.

The Baking Industry Awards take place on Thursday 21 October at the Royal Lancaster, London. The magical extravaganza will feature a drinks reception, three-course dinner, and the awards ceremony which is hosted by Revel Horwood. Here, the winners across 14 categories will be revealed.

Tickets are selling out fast so don’t miss out on a night of entertainment, networking, and celebration. Here’s how you can book tickets: Go to bakeryawards.co.uk and click on ‘Get Your Tickets Here’ button.