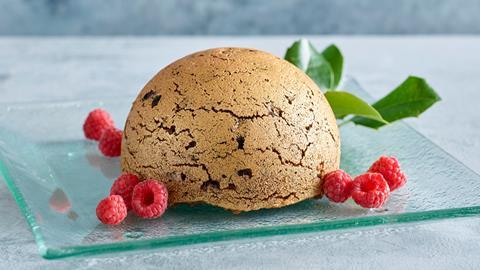 Pimp your puddings – that’s the message from Aldi this year.

The retailer has gone big on flavoured sponge puddings, mince pies and dome-shaped desserts for its 2020 Christmas range as well as adding some new products to its party food portfolio. 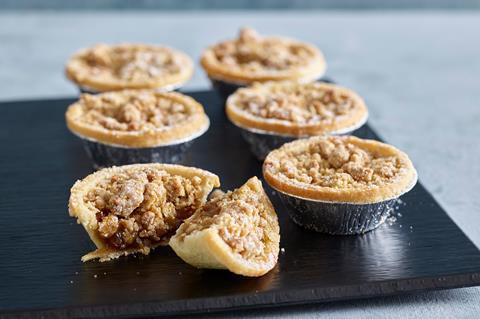 Two classics meet in this latest innovation from Aldi. Following on from the success of last year’s Salted Caramel Crumble Mince Pies, the retailer has added a blood orange variant to the line-up. They feature an all-butter pastry filled with spiced orange mincemeat laced with gin. 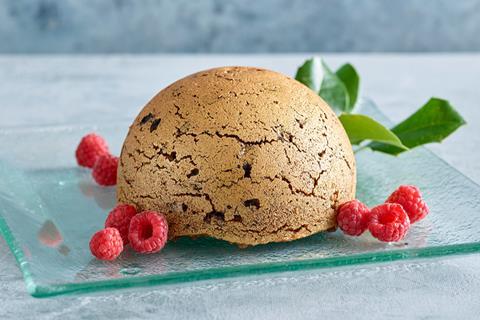 This shimmering gold Christmas pudding makes a fantastic centrepiece, according to Aldi, and is just one example of its twist on the festive classic. Part of the Specially Selected range, it’s packed with vine fruits, plump damsons, sweet plums, glacé cherries and almonds, soaked in sherry and pink gin. If that wasn’t enough, it also has a hidden Victoria plum and gin sauce centre. 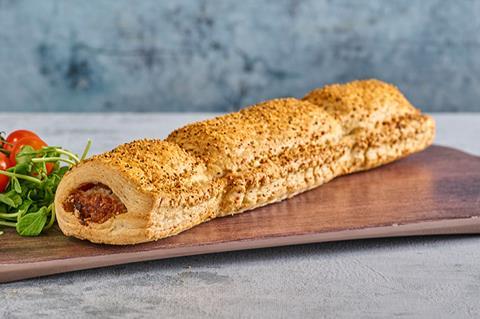 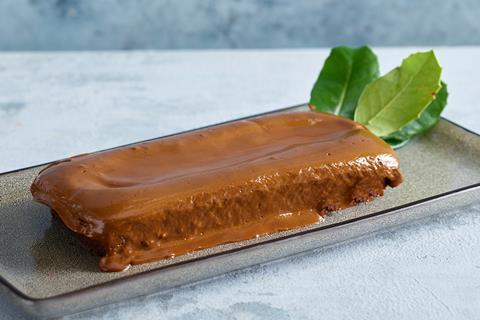 A new addition to Aldi’s vegan range this year is the frozen Chocolate Orange Vegan Melt in the Middle Pudding. It features a dark chocolate sponge with orange flavoured compote centre, finished with a dark chocolate sauce and gold shimmer.

Pork pies are a party food favourite, and, thanks to Aldi, they just got more Christmassy. Adding to its range of topped pork pies – which already includes one with cranberry & port sauce on top – is the Christmas spiced chutney variant. The chutney is laid atop crisp hot water crust pastry encasing outdoor bred seasoned British pork. 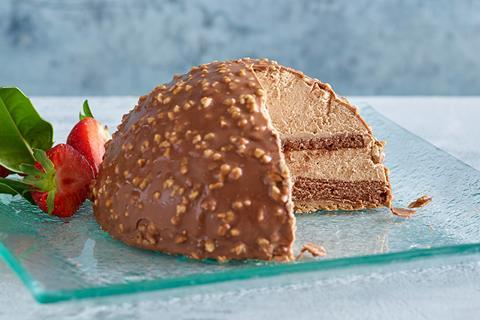 One of Aldi’s many dome-shaped desserts, the Chocolate & Praline Dome consists of a dark chocolate mousse with hazelnut, a praline Feuilletine, a salted butter caramel mousse, a chocolate biscuit and dark chocolate shell. Think giant Ferrero Rocher. Other domes in the range include two Geometric Domes in Black Forest and Lemon & Berry flavours which have chocolate shells, mousse and compote sitting on top of a sponge layer. 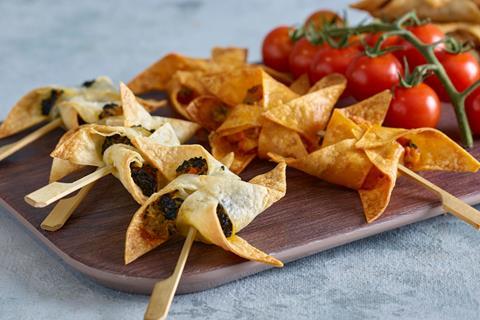 Offering a fun twist on party food are the Specially Selected Indian Windmills. The mixed pack features four vegetable korma variants and four chicken tikka ones. The vegetarian one made from a cooked vegetable filling, flavoured with korma seasoning, coconut cream powder and nigella seeds, with spring roll pastry while the chicken version has a chicken breast and vegetable filling, flavoured with tikka seasoning, with tortilla and spring roll pastry.

Described as a truly lavish Christmas pudding, it contains Turkish sultanas, Vostizza currants, plums, festive and brandy-soaked cherries. It’s then laced with a triple boozy hit of rum, brandy and ruby port, before being slowly baked and matured for 30 months then finished with a splash of aged Armagnac brandy. 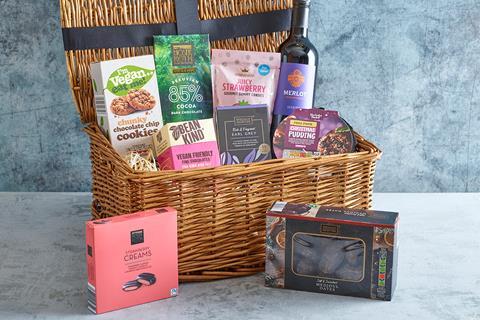 Hampers are big business at Christmas and, to ensure there’s something for everyone, Aldi has created a vegan hamper for 2020. It includes a selection of vegan treats including a free-from Christmas pudding, a top iced fruit cake and chocolate chip cookies, as well as chocolate and wine.

Here’s what other retailers have planned: