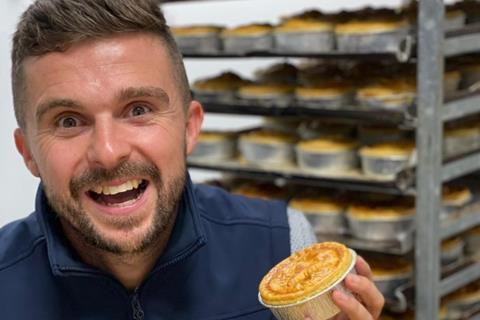 West Sussex-based Turner’s Pies has sent pies by post to celebrities from the ITV programme I’m A Celebrity, Get Me Out of Here.

The celebrity contestants marked last week’s final with a delivery of award-winning pies from the Turner’s range.

Turner’s Pies saw this as an opportunity to kick start its Pies by Post service, it said.

The final, which took place on Friday, saw author and podcaster Giovanna Fletcher win the accolade of Queen of The Castle.

Managing director Phil Turner said he hoped that hosts Ant McPartlin and Declan Donnelly enjoyed the pies alongside the celebrities.

“We love the show and we have always spoken about how much the celebrities go through because of the hunger they endure. Surely the best way to celebrate coming out of the castle is to tuck into some of the best pies in the country,” said Turner.

This comes after Turner sent an award-winning pie to Her Majesty the Queen at Buckingham Palace last year.

“Ant and Dec must love their pies and there are no better pies in the country, so we hope they enjoy them,” Turner added. “Our Pies by Post service delivers throughout the United Kingdom and so arranging a delivery was very straightforward. Hopefully the pies reach the stars and they can taste for themselves the amazing products we make.”