Federation of Bakers annual report: what you need to know 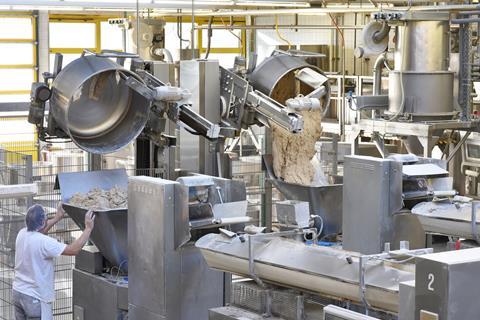 The Federation of Bakers (FoB) has released its 2022 Annual Report, summarising its activities over the past year along with the key issues within its remit.

Commenting on the release of the report, new FoB chief executive Andrew Pyne says the UK bakery industry had “maintained its focus to ensure the nation continued to be supplied with bread, as it faced the increased demand for bread and bakery goods”.

“We represented our members’ interests as clarity unfolded around the issues of Brexit and the supply chain,” Pyne adds. “We built on the strong relationships we had established with government, and stakeholders across the supply chain.”

Over the last 12 months, the FoB – which represents the largest baking companies in the UK which produce sliced and wrapped bread, bakery snacks and other bakery products – has been involved in discussions with government departments regarding various issues and legislation.

Here is a summary of some of the main points of interest from the FoB’s annual report:

Mike Roberts, chairman of the FoB, makes a point of welcoming new chief executive Pyne, who took up the post in April after Gordon Polson stood down.

The chairman also takes the opportunity to thank Polson, along with the departing Amy Yeates, senior executive assistant/policy administration manager, for their respective 16 and 29 years with the FoB.

“They provided an exemplary service to the benefit of our members, and I would like to wish them well for the future,” Roberts says. 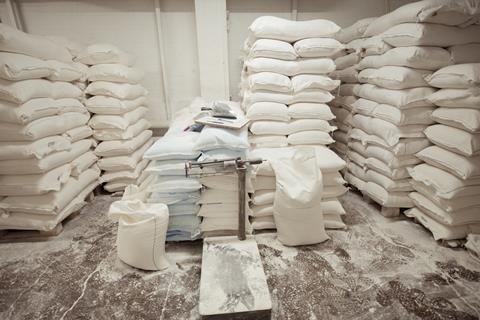 The Federation reports that it prepared a position paper on the Bread and Flour Regulations and submitted it to the government. The paper included reinforcement of the claim that FoB members and the baking industry in general are the single biggest users of fortified flour in the UK.

The FoB is also a member of the Bread and Flour Technical Working Group (BFTWG) that the Department for Environment, Food & Rural Affairs (Defra) put together to review the regulations. According to the FoB report, the BFTWG is considering:

The FoB anticipates that new draft Bread and Flour Regulations will be published later this year.

With the UK’s exit from the EU evolving, the FoB reports that some broader technical issues have emerged that ‘need greater consideration’. One of these issues involves current developments in EU policy on acrylamide and the effect it could have on future legislation for the UK.

According to the report, the FoB is currently liaising with the Food Standards Agency (FSA) to discuss how the UK government plans to address the changes to its approach for managing acrylamide.

While the FoB says its Breathe Easy training materials have been widely used by industry, local authorities and the Health and Safety Executive (HSE) for guidance on best practice for dust control, it notes that the materials and format are ‘out of date’. Therefore, it says, new filming will be undertaken with a new script and the resource will be made available online, with a working group formed to oversee the project.

Brian Irwin, chairman of the Northern Ireland Bakery Council (NIBC), reports that his organisation has worked with a number of government departments and politicians to understand and operate the new rules following Brexit – particularly around Rules of Origin.

However, the NIBC remains concerned at the availability of labour, particularly agency staff. Irwin describes the last 12 months as “a challenging year of dealing with a post-pandemic world of tidal waves of inflation, labour restriction and supply chain strains”.