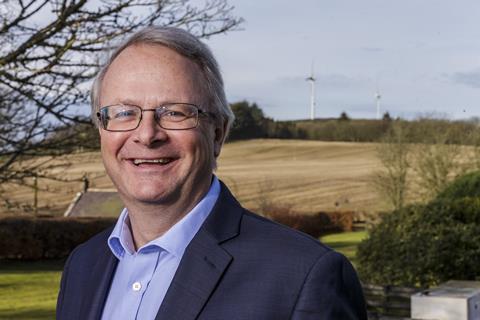 Macphie was recognised at The Herald Scottish Family Business Awards last week. The awards seek to celebrate family-run firms and the contribution they make to the country.

Supported by Strathclyde Business School, the outstanding contribution award recognises an individual or team which has made a significant impact on a Scottish-headquartered family business.

Presenting the award was John Anderson, head of SME growth & board development at Strathclyde Business School, who described Macphie’s corporate social responsibility reporting as a “must-read”.

“Headquartered in the family’s rural Aberdeenshire estate, Macphie has played a part in some of the world’s leading food brands since the 1920s – constantly innovating to develop ingredients that help create amazing dishes,” he added.

“Outstanding stewardship across the generations has resulted in a profitable business and strong balance sheet that allows for significant investment in production facilities and renewable energy.”

Alastair joined the family business Macphie in 1987, following his father and great uncle who founded the business in the 1920s. In 1995, Alastair was appointed the role of managing director before becoming chairman in 2007. In 2020, Alastair was appointed as Her Majesty’s Lord-Lieutenant for Kincardineshire and takes an active role in supporting the community which is reflected in the business’s core values and B Corp certification.