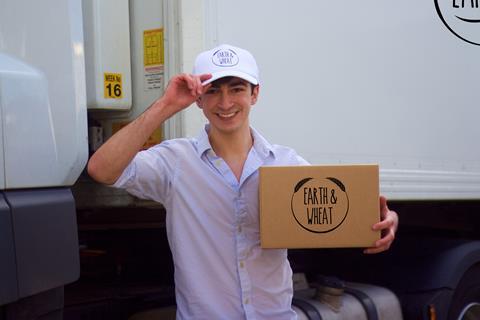 Eid, who is studying at Lancaster University, will distribute bread and baked goods which would otherwise have been disposed of during the production process due to its appearance, size or overproduction.

He has started by utilising the ‘wonky’ baked goods from the family firm, which was set up by his grandfather Dr Samir Eid in 1984, with plans to partner with local independent bakeries across the UK as his customer base expands.

Customers who subscribe to the Earth & Wheat service on a weekly or bi-weekly basis will pay £6.99 per box, including delivery. The 2.5kg box contains a week’s worth of bread for a family of three or four, with contents including crumpets, sourdough crumpets, tortillas, wholemeal tortillas, butter-flavoured tortillas, pittas, wholemeal pitta, focaccia, scotch pancakes and buttermilk pancakes.

For every box ordered, Eid has also pledged to donate a meal’s worth of bread (450g) to food banks to help fight poverty in the UK.

“It’s a subscription model which is quick and easy to use,” he added. “We want to target environmentally conscious people and families with children who want to help make a difference where they can and reduce food waste, and thus build a sustainable future for the next generation. Even our packaging is fully recyclable – it’s wonky bread without wonky practices.”

Bakeries, manufacturers and retailers across the UK are working to reduce food waste through a number of means, including partnering with breweries to use leftover loaves to make beer, utilising apps such as Too Good To Go, and sending surplus baked goods to be turned into animal feed.