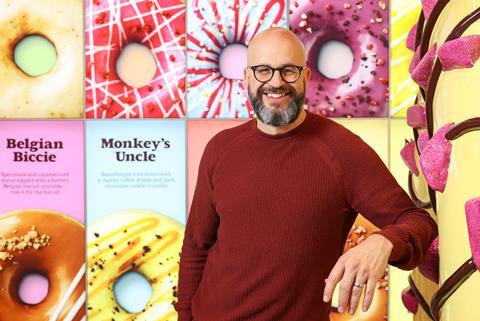 Mitchell, who is one of the firm’s angel investors, has held a number of high level roles across FMCG, retail and hospitality including non-executive chairman of Rare Restaurants which owns Gaucho, former CEO of Tom Dixon and Daylesford, and MD of Innocent Drinks.

In the role, Mitchell will be supporting CEO and founder Anthony Fletcher and the team grow Urban Legend’s presence “in the UK and beyond”. The pair worked together at juice and smoothie brand Innocent, with Mitchell noting Fletcher as one of the main reasons he wanted to get involved.

“His ability to build brands in a modern way, utilising an omni-channel approach from the offset is admirable and Urban Legend is yet another breakthrough he’s pioneering in the food industry. I had to get involved,” Mitchell said.

“I’m thrilled to welcome Jamie as chairman,” said Fletcher. “He is someone who shares our passion for re-invention as well as the importance of customer experience. He has a genuine passion for entrepreneurship and helping businesses grow.”

Urban Legend is set to open its first stores in London in a few weeks, first in Croydon and then in Clapham Junction.

The business, which was launched in August with a store in Brighton, specialises in doughnuts, with other baked goods set for reinvention in the future. Last month Believe in Science received £3m in seed funding to help build a test lab in west London which will help ‘investigate and change the food manufacturing process to create products indistinguishable from its sugar laden peers’.

“Food innovation tends to be incremental with brands releasing new iterations of products which are slightly better or healthier than before,” Mitchell added. “Urban Legend, on the other hand, represents truly science-led thinking and transformation for the industry. It’s created an opportunity to revolutionise the health implications and quality of bakery products.”