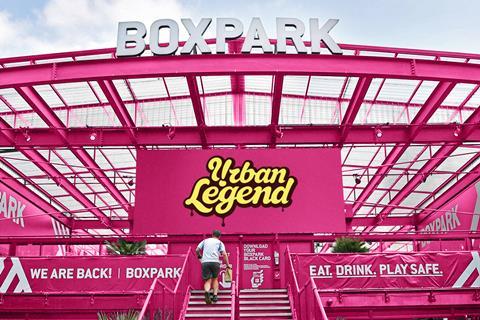 Urban Legend, the bakery brand that specialises in ‘better for you’ doughnuts, is gearing up to unveil two new stores in south London.

Outlets at Croydon Boxpark (17 November) and Clapham Junction (1 December) will open over the next two weeks, bringing the total number in the business’s portfolio to three.

As many as 10,000 doughnuts will be given away on November 16, 18, 23 and 24 November to mark the occasion, according to the business, which also operates a store in Brighton.

Containing fewer than 160 calories each, the treats are made from a process using novel starch and protein technologies which allow the doughs to be ‘set’ by a beam of steam rather than deep-fried.

The UK food and drink industry is under increased pressure to make products healthier with the government teeing up legislation for those high in fat, salt, and sugar (HFSS).

Mitchell, who is one of the firm’s angel investors, has held a number of high-level roles across FMCG, retail and hospitality and will support Fletcher grow the doughnut brand’s presence “in the UK and beyond”.

The duo worked together at juice and smoothie brand Innocent.