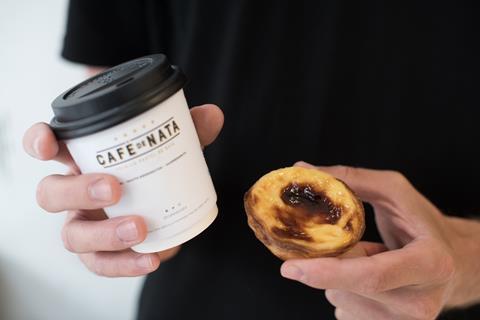 Portuguese tart specialist Café de Nata is to open a retail space in Camden Market in London as of mid-November.

The firm signed with Camden Market owner LabTech to take a 600 sq ft space, which will have room for 12 covers as well as an open kitchen display where customers can see the tarts being made.

Its Pastéis de Nata feature a flaky pastry filled with smooth custard which are then baked at a high temperature to give it a caramelised top. They come in seven variants: classic, strawberry, blueberry, raspberry, apple & cinnamon, coconut and chocolate.

The treats have taken the UK by storm in recent years, as street food vendors, cake shops and even restaurant chain Nandos get in on the action.

Café De Nata in Camden Market will also feature a large mural painted by an up and coming Portuguese artist, symbolising Portuguese culture, heritage and history. It joins the company’s other sites in Hammersmith, Soho and South Kensington. 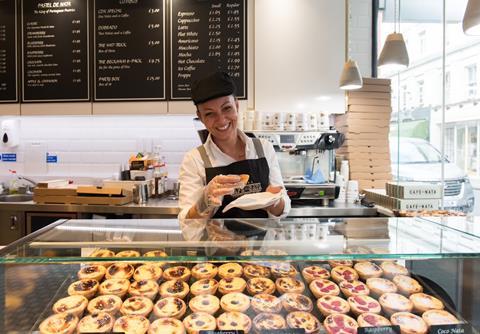 “We are thrilled to be opening our latest Café De Nata site alongside the iconic Camden Market. Following continued success, it is the right opportunity for us to expand into an area with such a diverse culinary offering and strong following,” said Abdul Virji, co-founder of Café De Nata.

“It takes time to select the right location, but the mix of independent operators, well-known London favourites and high street brands creates the ideal place from which we can grow our customer base.”

Its products combine both western ingredients, such as pecan pie and cheeseburgers, and Asian recipes to create what it describes as the ‘ultimate street snack and easy dining experience’.

Maggie Milosavljevic, LabTech’s retail commercial director, added: “Over the past few weeks and months we have seen a steady increase in footfall, whilst adhering carefully to Covid-19 health measures, and so now is an opportune moment to be adding Café De Nata and Ugly Dumpling to our unique mix of food and beverage.

”Their commitment is evidence of the enduring appeal and strength of Camden Market. We are confident both will be a hit with all our customers.”