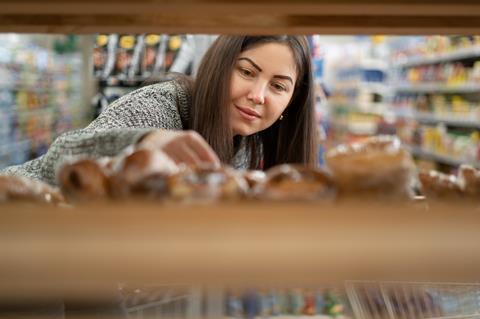 Affordability rather than taste is the main barrier to consumers making healthier food choices, according to research by innovation intelligence platform Vypr.

The study, conducted among a sample of 5,000 of Vypr’s nationally representative panel of 65,000 consumers, asked participants what might stop them from buying healthier food products, and while 44% of respondents stated higher price, only 17% cited inferior flavour.

The research also revealed that 71% of those surveyed thought reducing salt and sugar in supermarket foods was a good idea. The finding aligns with Vypr’s wider consumer research around the National Food Strategy proposals which revealed that 83% recognised a need for new or reformulated food products that are healthier.

The Vypr study follows recent moves by the government to delay restrictions on the promotion of foods hight in fat, salt or sugar (HFSS), as well as omitting the recommended salt and sugar tax from its food strategy plans.

Writing exclusively for British Baker, Katharine Jenner, director of Action on Sugar and Action on Salt, said the rowing back of government plans on HFSS food presented a “golden opportunity” for manufacturers of baked goods to increase their innovation efforts towards healthy reformulation – a view shared by Ben Davies, founder at Vypr.

“The writing is on the wall for retailers and manufacturers,” he said. “The government’s ruling out of a proposed salt and sugar tax as part of the National Food Strategy heightens the opportunity for them to seize the day.

“With increasing public concern over this issue and long-term brand reputation at stake, the onus is now on brands and suppliers to push things forward and not lose momentum – we shouldn’t have to rely on government legislation to drive this change. It’s a great opportunity to bring about the next phase of food and drink innovation.”

Vypr’s research further identified that consumers are checking labels but have little idea about new restrictions on unhealthy food. Nearly three quarters (73%) said they check nutrition labels when purchasing food products, showing a shift towards increased awareness of healthy ingredients. However, only 15% of consumers are aware of the incoming HFSS restrictions.

“Changing legislation is bringing with it an enormous amount of opportunity for success for retailers and suppliers,” said Davies. “There are so many different variables when you’re looking at raw materials and ingredients. Sugar is 2,000 years old, so why are we still making products out of sugar? There’s lots of interesting ways of getting sweetness and texture into products.

“Reframing innovation in a scientific way is the only way the industry and public health are both going to win long term,” Davies added.