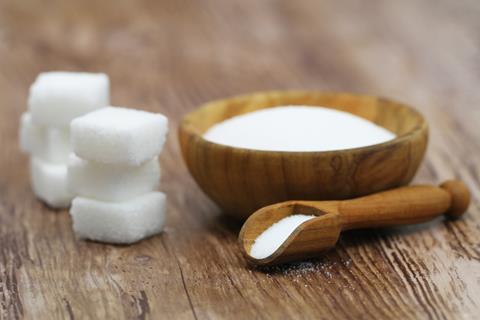 A tax on sugar and salt in processed foods has been proposed by the National Food Strategy, an independent review set up to advise the UK government.

The Department for Environment, Food & Rural Affairs (Defra) invited food entrepreneur Henry Dimbleby, co-founder of Leon, to lead the review in 2019. Part two of his report, published today (15 July), contains a total of 14 recommendations to government, the first of which is a ‘sugar and salt reformulation tax’.

The proposal involves the introduction of £3/kg tax on sugar and a £6/kg tax on salt sold for use in processed food or in restaurants and catering businesses. The purpose of such a tax would be to “escape the junk food cycle and protect the NHS”.

The report says the tax would “create an incentive for manufacturers to reduce the levels of sugar and salt in their products, by reformulating their recipes or reducing their portion sizes”.

According to the review, CEOs of major food companies have privately told researchers that they cannot make these changes without government intervention. “They need a level playing field if they are to start making their products healthier, otherwise the competition will simply move in and undercut them,” the report adds.

The review’s authors believe the tax would be popular with the public. The report cites a poll commissioned by the Health Foundation that found 63% of people in the UK would like the Sugary Drinks Levy to be expanded to include other sugary foods such as sweets and biscuits.

The authors reveal they also considered recommending a tax on saturated fat but decided against it as it “is not an added ingredient in the same way that salt and sugar are”.

However, the report states that with an estimated 300,000 years of healthy life lost to diet-related illness or disease in the UK every year, modelling predicts the sugar and salt tax would be enough to save 37,000 to 97,000 of those years.

Calculations also suggest the tax would lower the average sugar intake by 4-10g per person per day, and salt intake by 0.2-0.6g. This would mean average calories eaten a day would be reduced by 15-38 kcal.

“The sugar and salt reformulation tax has the merit that it is technically feasible, simple for consumers and businesses to understand, and enables industry to minimise the commercial impact and the impact on consumers’ wallets through reformulation,” says the report, which also acknowledges that prices of some products could rise as a result.

The review suggests the tax should be introduced in the 2024 Finance Bill “to enable government and business to get implementation right”.

The second recommendation of the National Food Strategy report is a statutory duty for all large food companies (those with more than 250 employees) to publish an annual report on the following metrics:

• Sales of protein by type (of meat, dairy, fish, plant, or alternative protein) and origin

The list of companies who would be affected by the measure includes retailers, restaurant and quick-service companies, contract caterers, wholesalers, manufacturers and online ordering platforms.

“Publishing these numbers will allow investors, government, and others to track whether businesses are heading in the right direction,” the report says. “It will enable better scrutiny and maintain public pressure on companies to do the right thing.”

The review suggests data reporting should be done via an online portal, developed by the Food Standards Agency (FSA), and a summary of data by company made available to the public. The data would also form part of the FSA’s annual report to parliament on the state of the food system.

The National Food Strategy document can be read here.