Jaffa Cakes to return to TV screens in new campaign 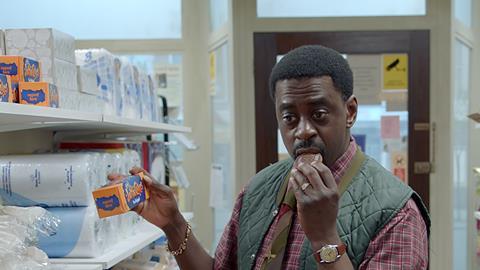 A still from the new TV advert

Pladis-owned McVitie’s has unveiled a new TV campaign for its Jaffa Cakes brand.

Called ‘Be What You Want To Be’, the TV campaign is centred around the idea that McVitie’s Jaffa Cakes are cakes found in the biscuit aisle.

In the advert, a shopkeeper decides to realise his own dream of becoming the ‘king of the roller palace’ when, after taking a bite of a McVitie’s Jaffa Cake, the shop he’s standing in suddenly transforms into a roller disco.

The characters in the campaign are inspired by the realisation that McVitie’s Jaffa Cakes are proof that we can all be anything we want to be, it said.

The household favourite will be on the nation’s TV screens as an individual brand for the first time since 2006.

“The launch of the Be What You Want To Be platform marks the start of a very exciting year for McVitie’s Jaffa Cakes, where we are going to be bringing our big ambitions for the brand to life,” said Emma Stowers, brand director for McVitie’s at Pladis UK&I.

“The campaign will be shining a spotlight on the original McVitie’s Jaffa Cakes consumers already know and love, plus, we have a very exciting innovation programme planned for the year which will see the brand command consumer attention like never before. This covers seasonal products, as well as out of home NPD, and we can’t wait to launch these products over the coming months.”

The TV creative, brought to life by creative agency TBWA/London, hit screens during Channel 4’s Gogglebox on 26 February, and runs for five weeks. The campaign will also be amplified by social media partnerships and a new AR digital experience, as well as PR and influencer content.

It will be part of a wider initiative to propel the McVitie’s Jaffa Cakes brand forward throughout 2021, which began with its launch of two new Jaffa Cakes flavours – Cherry and Passion Fruit. A total investment of £4.7m in consumer-facing activity has also been committed as part of ‘the Year of Jaffa Cakes’.

“Our goal is to help retailers drive sales by creating a big buzz around this iconic brand and we’re really excited to be kicking it all off with our fun and uplifting TV creative when it launches this week,” added Stowers. 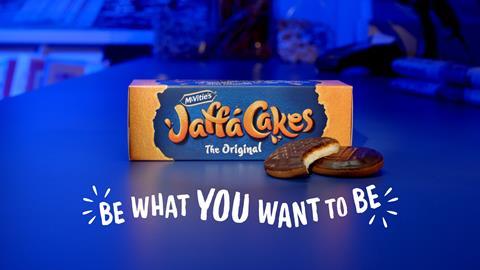