Greggs staff set to get £300 bonus as sales boom 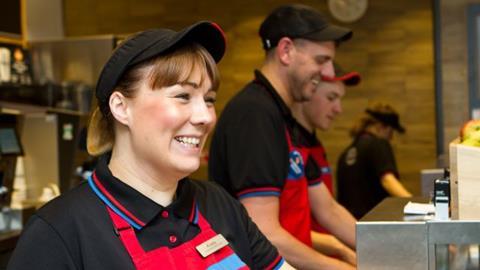 Greggs’ employees are set to receive a £7m bonus as a “special thank you” following what the company described as an exceptional financial year.

The payment, which will be made at the end of January, could see each of Greggs’ 25,000 employees receive up to £300, depending on their length of service. Staff who have been with the company for the full financial year will receive £300 while others will receive £75 per quarter of service in 2019.

Strong consumer demand for the vegan sausage roll continued to be a driving force of this growth, as well as additional customer visits, the company said. To add to this, it kicked off 2020 with the launch of a Vegan Steak Bake and its first vegan doughnut.

“We delivered a strong finish to what has been an exceptional year for Greggs. The major investments we have made in recent years to make Greggs an attractive choice in the food-on-the-go market are delivering. Consumers are responding very positively, and we have seen increasing visits from both new and existing customers,” said chief executive Roger Whiteside.

“Our record financial performance in 2019 has enabled us to enhance returns to shareholders. I am delighted to announce that we will also be making a special additional payment to all of our colleagues across the business who have worked so hard to deliver this success in what has been a phenomenal year.”

During the year, Greggs opened 138 new shops, including 45 franchised units, and closed 41 taking its total estate to 2,050 shops. Just over 300 of these are franchised and can be found in travel and other convenience locations. Greggs said that it expected a net 100 shop openings in 2020.

To further its growth, Greggs said it expected to scale up “successful elements” of its trials in the extension of trading hours and by making delivery more widely available.

However, it identified a number of potential cost headwinds in the year ahead – in particular, that National Living Wage costs have increased faster than general inflation and there has been a significant rise in the cost of pork.