“I will cherish this award forever” 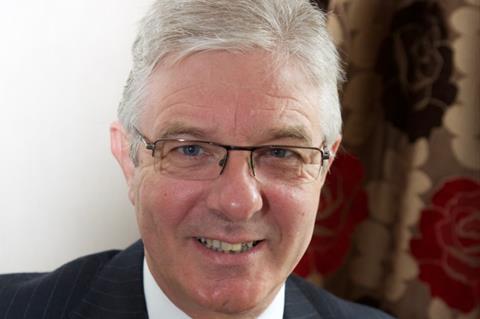 Keith Houliston, sales director at Bakels and baking industry veteran, says he was “over the moon” to be awarded for his Outstanding Contribution to the Baking Industry.

“I am absolutely delighted with this award. I will cherish it forever,” he tells British Baker. He received the award, which was sponsored by Délifrance, as part of the Baking Industry Awards 2020.

Houliston has achieved a lengthy and illustrious career in the baking industry, one spanning 40 years. But during that time, he has remained loyal to one company – Bakels.

He joined on 20 March 1981 as a representative at Scottish Bakels, before being promoted to northern sales manager in 1990, general sales manager for the craft sector in 1996 and finally, the big one, being made sales director in 2000. Even in retirement he remains a Bakels ambassador.

“I’d like to thank the key people at British Bakels for supporting me for the work that I’ve done in the industry – whether it’s organising events, working on projects – they have always supported me.”

His career saw him develop business in Spain, Portugal and Malta but also travelling between his home in Yorkshire and Bakels’ base in Bicester, Oxfordshire.

During this time the industry has changed drastically with the number of craft bakers declining as supermarket in-store bakery businesses grow, he notes.

“The businesses that were managed well are still here and have evolved,” he says. “If you do it right, you’ll be successful but if you don’t it won’t last.” 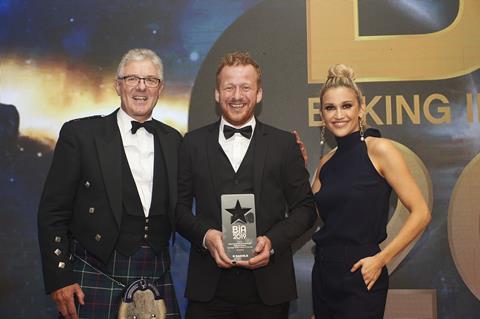 Keith Houliston presenting an award to Dan Nemeth from Seasons Bakery, with presenter Ashley Roberts, at the 2019 Baking Industry Awards

At his side throughout his career was wife of 37 years, Elaine, who is also “very much part of the industry”. She would be given Houliston’s busy calendar which is (during ‘normal’ times at least) dotted with functions thanks to his work with numerous trade bodies.

“Elaine really has supported me superbly well,” he says. “She’s come to numerous functions over the years and I wouldn’t have been so successful if I wasn’t for her.”

Houliston has held many roles including past chairman and committee member of the British Society of Baking, past chairman or the Craft Bakers Week Committee, Craft Bakers Association, and liveryman for the Worshipful Company of Bakers London. He is also currently president of the Alliance for Bakery Students and Trainees (ABST).

Explaining how he got so many extra responsibilities, he says: “People are looking for anyone who is enthusiastic. I’ve been asked ‘would you like to do this?’ and I’ve always said ‘yes, no problem’.”

When asked what one thing he’d change about the baking industry, he says “more collaboration”.

“There are lots of trade bodies in the industry, which do a fantastic job, but I think they should work more closely together. I believe that if they spoke to each a bit more, it would help the baking industry going forward. It’s something that has been tried in the past but that we could enhance.”

He’s certainly encouraged collaboration on the golfing green as the driving force behind the BSB annual golf day, which raises money for many different charities and beneficiaries, for the past two decades. “My lowest handicap was when I was 15,” he laughs.

Both on and off the green, Houliston has made what he describes as lifelong friends, which are part of the reason he loves bakery so much.

“It is a fantastic industry – there are a lot of great people involved,” he adds.