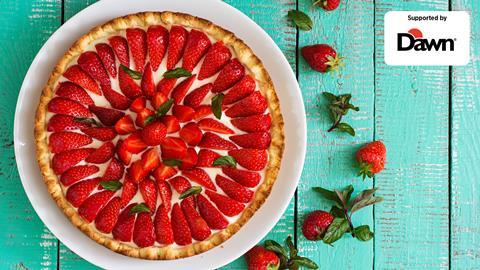 Summer has arrived and brought with it loads of delectable treats to be enjoyed while the sun is shining.

And following jubilant Jubilee celebrations, the nation is ready to keep the good times rolling. Thankfully, bakers and retailers are happy to cater for summer picnics, barbecues and get togethers. So, which flavours and formats can we expect to see? And what trends do they represent?

“This summer, we’ll be celebrating the best of British,” believes Kirsty Matthews, insights and marketing manager at ingredients supplier Macphie. “We’ll see classic British flavours and concepts take off and they’ll be at the heart of celebrations as we look forward to an unrestricted summer.”

This can take many forms from championing local, seasonal produce to sprucing up classics such as Victoria sponge cakes, scones, and shortbread and taking beloved flavours such as cherry Bakewell and strawberries & cream into new formats. 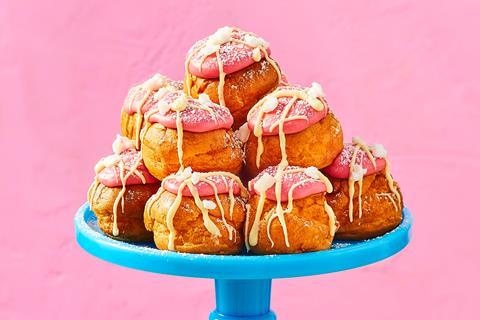 This also taps into the trend for nostalgia – one which has continued to influence the bakery sector over the past few years. “Retro classics and traditional flavours are making a big come back,” says Alison Ordonez, head of NPD at cake manufacturer BBF.

Ice cream, particularly the Neapolitan variety, has been utilised by several major retailers including Sainsbury’s which has rolled out a Neapolitan Cheesecake and Mini Ice Cream Inspired Cupcakes. Asda, meanwhile, has also taken inspiration from it for a Neapolitan Celebration Cake which has madeira, chocolate and strawberry sponge layers covered in complementary flavoured frosting. It’s topped with sprinkles, a cone decoration and chocolate frosting to look like a melted ice cream. 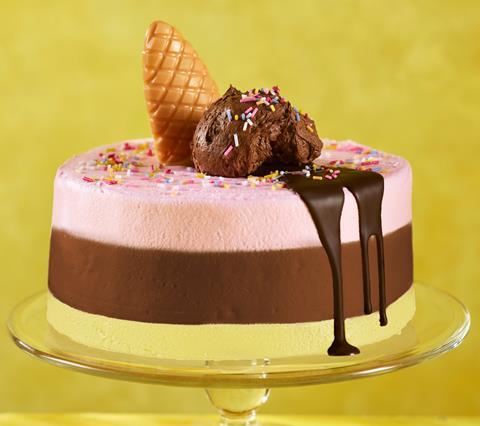 This doesn’t mean British bakers aren’t looking beyond their fair shores for inspiration though.

“New flavours, particularly those with an Asian influence and spices used traditionally in savoury products, are emerging in sweet bakery,” says Jacqui Passmore, marketing manager at Dawn Foods UK and Ireland. “Influences include calamansi (citrus), kumquat and Japanese ones, such as yuzu and Sakura (cherry blossom). We are seeing big and bold fruit and spice combinations used in patisserie.”

BBF’s Ordonez points to the use of named-source citrus as another flavour trend on the rise in bakery (and already seen in other categories such as soft drinks and ice cream). As such, she expects Sicilian lemon and Brazilian orange to prove popular this summer. 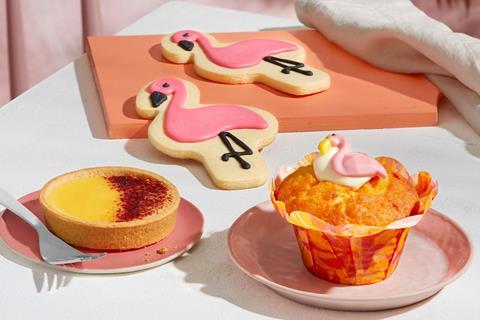 “Fruit-filled products, with bright, natural, colourful toppings will always appeal at this time of year and can really pop on a shelf, whilst also giving a seasonal hook for bakeries,” adds John Want, sales, marketing, and R&D director at Rich’s. “Bakery items that tap into the spirit of the summer, through exotic, fruity and fresh flavours and fillings will be heading into the baskets of shoppers this season.”

Cakes with a kick are also expected to prove popular as consumers look for flavours found in their favourite tipples in the bakery aisles. “Boozy cakes remain a strong trend within the cake category,” says Daryl Newlands, marketing manager at Finsbury Food Group.

The cake manufacturer utilised its partnership with Diageo to create a Gordon’s Premium Pink Gin Cake to tap into this as well as Divine Duo Cupcakes which are topped with gin-flavoured frosting. “We wanted to excite our consumers a with beautifully crafted Insta-worthy celebration gin cake to help make gatherings with both friends and family even more memorable,” Newlands adds.

Social media is a worthwhile consideration when it comes to NPD development, particular in the cake realm. “Consumers are looking for unique creations to share on Instagram,” adds Matthews from Macphie. “Tap into the trend by making sure your bakes stand out. Use bright and bold colour to make irresistible, Instagrammable treats that look almost too good to eat.” 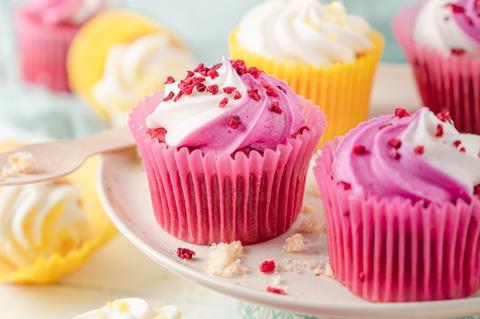 Another trend which continues to grow is hybrid baked goods.

Dessert/cake/biscuit mash-ups such as lemon meringue muffins, caramelised biscuit layer cakes or cherry Bakewell Biscakes have also been seen in the market, she adds. While bigger players are tapping into the trend, Passmore notes that artisanal bakeries are driving the format with new iterations such as croffles (croissant and waffles), baissants (bagel and waffles) and scuffins (scone and muffin).

Cake manufacturers, notes Newlands from Finsbury, are also taking a hybrid approach by “using differing flavours and textural mash ups to bring new and exciting products to their consumers”. One example of this, adds BBF’s Ordonez, is the use of textured finishes such as a biscuit crumb as seen on Asda’s Blueberry Cheesecake’d – a cheesecake/cake hybrid which features layers of vanilla sponge and blueberry jam all covered in blueberry cream cheese frosting and finished with a biscuit crumb and freeze-dried raspberries.

When it comes to the savoury side of summer, Synergy’s Sheil believes much of the innovation will be focused on the classics such as sausage rolls, pork pies and other pastry products.

“Using premium ingredients and flavour cues, such as Tesco’s Finest Smoked Bacon & Vintage Cheddar flavour rolls, suggests to consumers that they’re getting a higher quality product that offers something different to the norm,” she explains. Other examples on the market include Chorizo Pork Pies from Asda and Nduja Sausage Rolls from Co-op. 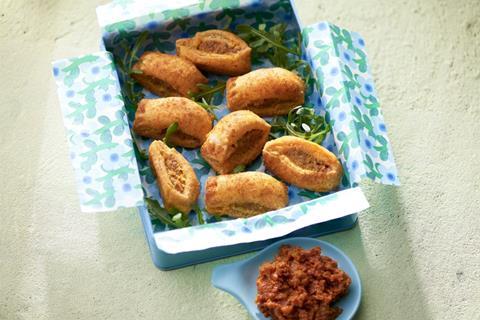 “There’s likely to be more innovation in savoury patisserie products, like Waitrose’s Cheese & Pickle Palmiers, as an alternative to products like cheese straws. Flavours like chipotle, sriracha, harissa and chargrilled/caramelised options will all be popular in these products,” Sheil adds.

There’s also innovation when it comes to bread rolls and alternatives. Sainsbury’s has rolled out a Seeded Cheese and Herb Tear & Share loaf and Soft Milk Rolls alongside Oregano & Sumac Flatbreads and Peri Peri Flatbreads while Waitrose boosted its range with Truffle Brioche Buns. 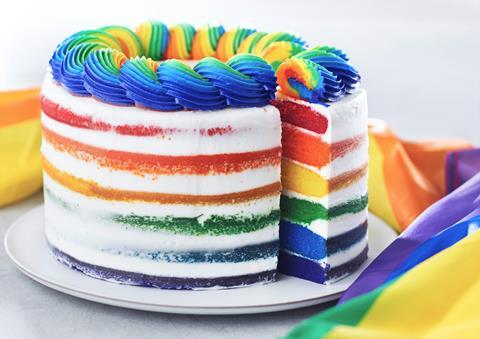