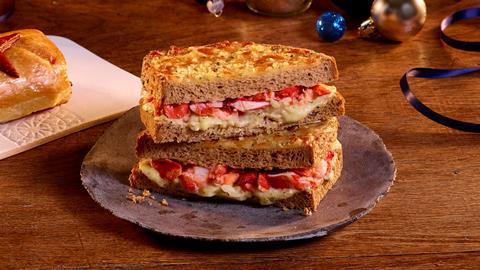 What’s in store for Christmas sandwiches in 2020?

Pret, Costa and Waitrose are among the companies to reveal their Christmas sandwich line-ups.

There are gravy-soaked offerings, turkey galore and an abundance of vegan-friendly sarnies as nearly every coffee shop, retailer and food-to-go outlet looks to cater to meat- and dairy-free consumers.

For those who do eat meat, festive favourites pigs in blankets feature frequently across ranges.

With government restrictions in place, many outlets are offering Christmas sandwiches via delivery partners, such as Uber Eats and Deliveroo, click & collect and takeaway.

Here’s what the nation’s retailers, coffee shops and bakers have in-store for festive sandwiches: 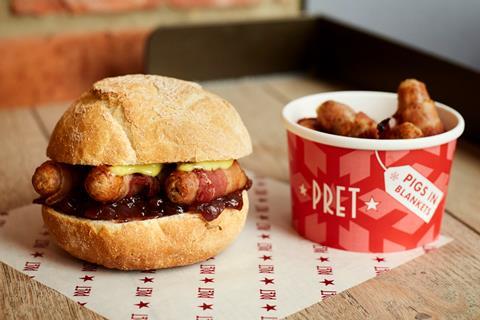 Pret is embracing the festive favourite pigs in blanket for its newest Christmas sandwich – a Pigs in Blanket Hot Crusty Roll. It sees Lincolnshire sausages wrapped in streaky bacon with a layer of caramelised onion chutney and a dab of mustard mayonnaise.

These fillings can also be found, along with baby spinach, in the Vegan Christmas Lunch Baguette. 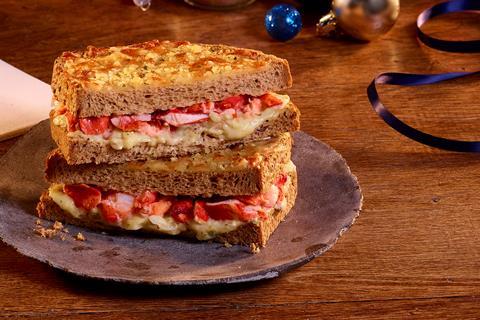 Costa is aiming to offer its customers a spot of luxury this Christmas with its new Lobster Toastie. It features responsibly sourced lobster, béchamel sauce and a selection of cheeses all enclosed in a parsley crumb topped with seeded malted bloomer bread.

The One with the Gravy Layer Sandwich

The inspiration for Starbucks’ new Christmas sandwich comes from TV show Friends. Named The One with the Gravy Layer Sandwich (£4.59), it has a top layer of pulled ham hock and turkey, a bottom layer of butternut crush, red cabbage and cheddar cheese. In the middle, lies a moist slice of sourdough steeped in turkey & cranberry gravy.

Returning to its menu are the Tis the Season Turkey Sandwich, which features pulled turkey with chestnut, sage & onion stuffing and cranberry sauce on malted bread (£3.99) and the Very Merry Vegan Wrap. The latter sees a beetroot wrap filled with crumbled butternut squash fritters and roasted red cabbage with a vegan mustard mayonnaise (£2.99). 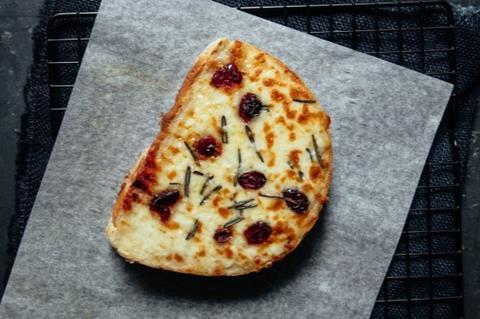 Caffè Nero is keeping things classic with its festive lunch offering. Its range includes a Turkey Feast Panini (£4.55) which has British butter-basted turkey with beechwood smoked bacon, pork and apricot stuffing and cranberry sauce in a sourdough stone baked panini.

There’s also the Brie, Bacon & Cranberry Panini (£4.55) which has British beechwood smoked bacon with brie and cranberry sauce in it.

Slightly more unusual is the Pigs in Blankets Tostati (£4.35). The cheese, cranberry and rosemary-topped toastie is filled with British sausages, smoked bacon, mascarpone and cranberry sauce. 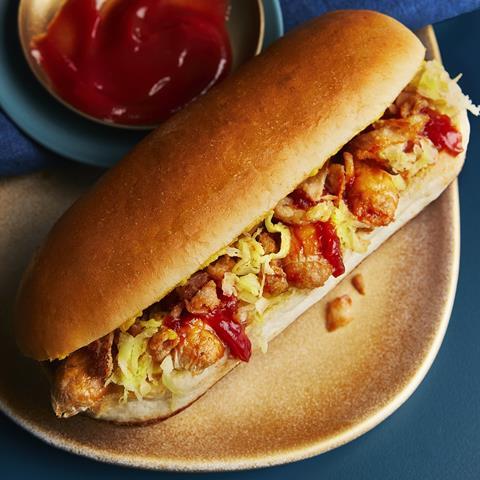 The retailer has made bold decisions with its Festive Chicken Feast (£3.30) by opting for chicken over turkey and including Brussels sprouts. The sandwich, which has potato & parsnip bread, also features savoy cabbage, pickled onion relish and rocket with a turkey stock mayonnaise. 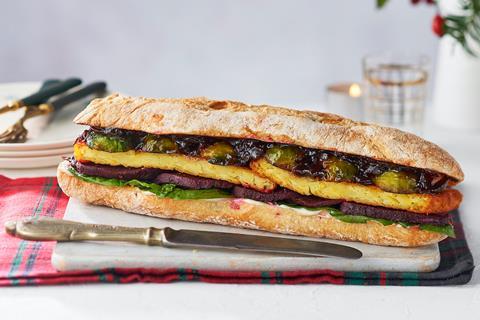 Paul has two new additions to its festive menu in the form of the Vegan Sprout Sandwich (£4.45) and the Festive Fromage Sandwich (£4.30). The vegan option is described as a ‘delicious twist on a vegan roast dinner’ complete with Brussels sprouts, spinach, sliced beetroot with balsamic vinegar and thyme, a potato rösti, vegan mayo and sweet onion marmalade served in a white baguette.

And, returning for another year, is The Dinde de Noël (£4.75) – Paul’s take on the humble turkey sandwich. The sage, onion & cranberry baguette is filled with sliced turkey, smoky bacon and spinach topped with a cream cheese and horseradish sauce. 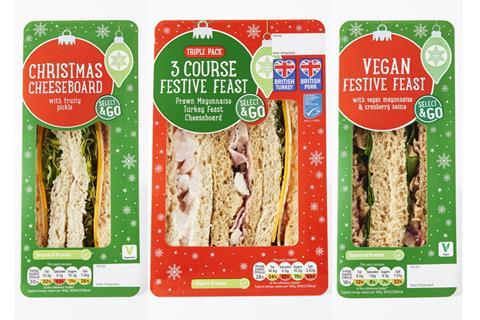 Lidl is taking its Christmas sandwich experience beyond turkey by offering consumers a Three-Course Festive Feast (£1.99). Its triple-pack sandwich starts with the ‘70s-inspired prawn cocktail sandwich, offers a turkey feast – with turkey, stuffing, bacon and cranberry sauce – for main and rounds things off with a savoury Christmas Cheeseboard with fruit pickle.

The Turkey Feast (£1.69) and Christmas Cheeseboard (£1.59) are both available to purchase separately, as well, alongside the Vegan Feast Sandwich (£1.69) which Lidl said features all the elements of a festive feast, but entirely vegan.

For those who prefer a wrap to a sandwich, Lidl also has the Turkey and all the Trimmings Wrap (£1.89), which is filled with British turkey, British pork stuffing and spinach. 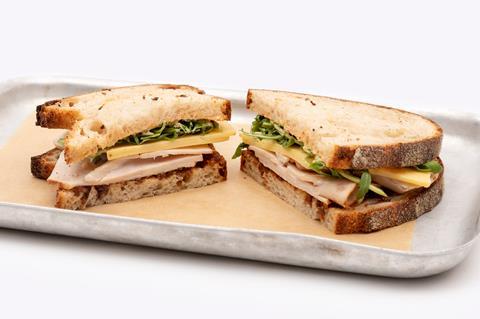 Aldi said it wants to make lunches merry and bright in the run up to Christmas with its festive food to go range. Five products are returning, and a vegan sandwich has been introduced for 2020.

Among the returning items is the Hog Roast Sandwich (£1.79) filled with pulled pork, sage & onion stuffing, apple sauce, seasoned mayonnaise and fried onions, and the Specially Selected Turkey with Pigs Under Blankets (£2.29). Described as a ‘symphony of flavours’, it has butter-basted turkey, smoked bacon and Lincolnshire sausages topped with festive spiced pork, sage & onion stuffing with a layer of cranberry & port sauce. 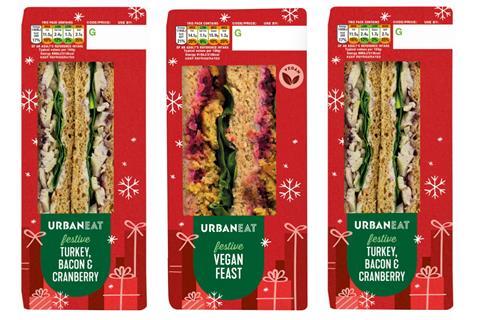 Urban Eat, which was recently bought by Ginsters owner Samworth Brothers, has brought back three festive favourites for the run-up to the big day.

Rounding off the trio is the Pigs Under Blankets Panini – a ciabatta with pork sausage, cranberry chutney and bacon in it, designed to be served hot.