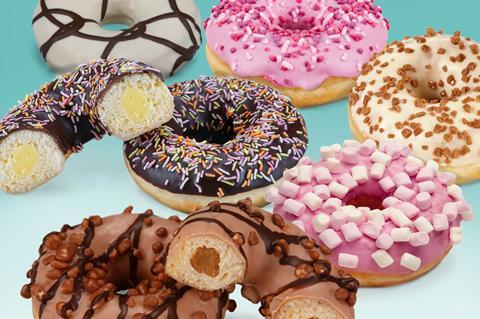 Made with Dawn’s American style recipe, the doughnuts are fully finished and ready to serve once thawed. They offer less wastage and enhanced profit margins, said the firm.

Four doughnuts feature an ‘end to end’ filling while the other two are fully covered, it added.

The new flavours will join eight doughnuts in the range including Strawberry Sprinkle, Chocca-Nut, Lovely Lemon and Caramel-Lace.