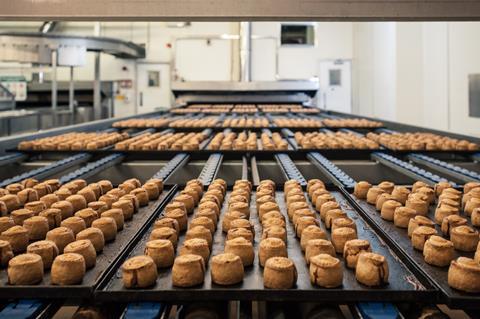 More than 170 workers at Nottingham’s Riverside Bakery are set to strike from 30 March following a ballot by union Unite over a disputed pay offer.

According to Unite, the proposed deal from owner The Compleat Food Group would leave its members worse off because of reduced overtime and premium rates. The ballot was held over 22 February to 8 March, with workers voting for ‘a continuous all-out pay strike’.

The company’s brands include Wall’s and Pork Farms. Unite has warned that supermarkets across the UK will face shortages of the latter’s products as a result of the strike.

“The workers’ all-out strike action will bring operations at the bakery to a halt,” said Sharon Graham, United general secretary. “They will receive Unite’s full backing for as a long as it takes for the company to see sense and table a proper pay offer.

“Unite is here to defend our members’ jobs, pay and conditions. Riverside Bakery’s pay cut in disguise is a direct attack on the living standards of their workforce,” Graham added.

A spokesperson for The Compleat Food Group said the company had been informed of the workers’ plans to strike from 30 March and “will establish contingency plans to help mitigate any impact this situation has on supplying our customers”.

“After extensive talks, The Compleat Food Group made a very favourable offer of increases to basic hourly rates for the colleagues at Riverside Bakery,” the spokesperson added. “This offer, which was rejected by the union, built on a very competitive pay and reward package for those colleagues at Riverside and would have been backdated to 1 October 2021.”

Unite regional officer Cheryl Pidgeon said the strike action and the resultant potential shortages of Pork Farms products in stores nationwide “can still be avoided” during negotiations scheduled for this week.

“For that to happen, however, the company needs to put forward an offer our members, who are struggling under the cost-of-living crisis, can accept,” Pidgeon added.