Cuthbert cake back at Aldi after battle of the caterpillars 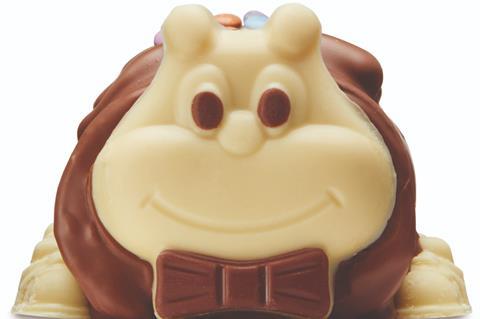 Aldi’s Cuthbert cake has returned to the supermarket’s shelves after the recent legal dispute with M&S.

The product has been redesigned and is now labelled simply as ‘Cuthbert’ rather than ‘Cuthbert the Caterpillar’ – presumably to avoid further copyright issues over alleged similarities with M&S’s rival Colin the Caterpillar cake – and has been priced at £4.99. 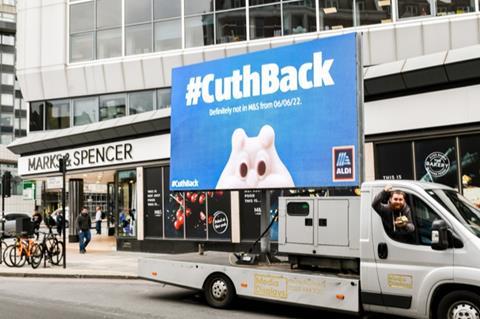 The return of Cuthbert, now sporting a bow tie, was publicised by Aldi advertisement vans at M&S locations in Manchester, Liverpool, Birmingham and London. The messages on the advertising boards included ‘Made by bakers, approved by lawyers’ – the latter presumably a reference to Aldi filing for a trademark application for the word ‘Cuthbert’ after an out-of-court settlement was reached with M&S in February following the latter’s claim with the High Court for alleged trademark infringement by the original Cuthbert cake. 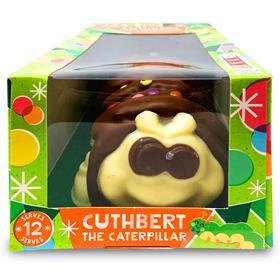 The legal move by M&S in April 2021 prompted what was dubbed ‘the battle of the caterpillars’, played out largely on social media. Aldi initially responded to the complaint by removing Cuthbert from shelves, but the caterpillar cake later made a comeback in aid of charity causes and was even used in a high-profile skydiving stunt to drive publicity. 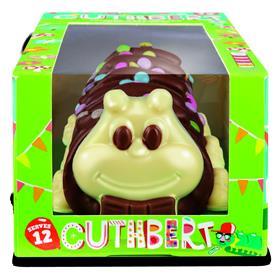 Although neither retailer released details of their out-of-court settlement, the new version of Cuthbert suggests that a redesign by Aldi could have been among the stipulations. At the time of the agreement, an M&S spokesperson told British Baker that “the objective of the claim was to protect the [intellectual property] in our Colin the Caterpillar cake and we are very pleased with the outcome”.

The original Colin the Caterpillar cake was developed through a collaboration between M&S and Park Cakes in 1990. Proving a huge hit for children’s birthdays, the cake has undergone several changes over the years and spin-off Colin products by M&S have included cupcakes, cake jars and button biscuits.