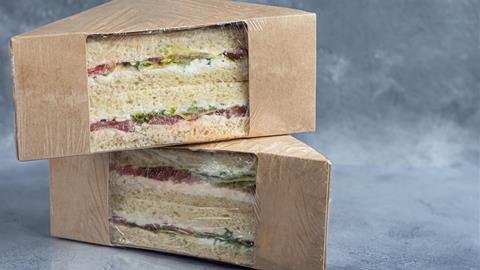 Bakery in review 2021: the industry and the law

There’s no doubt that government regulation – both planned and enforced – changed the legislative landscape for the baking industry in 2021.

There were also metaphoric shots fired in a legal battle involving two well-known retailers and their respective caterpillar cakes that captured the imagination of the public and the tabloid press.

Here, British Baker looks back (and forward) on the legal issues affecting the bakery sector in 2021 and beyond. 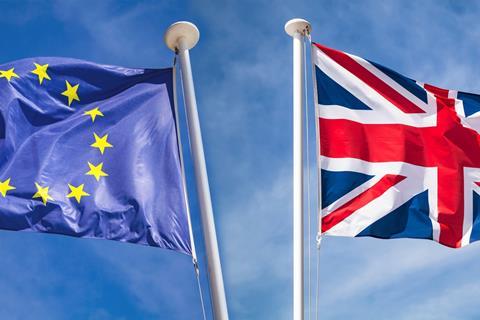 The year of 2021 ushered in somewhat of a big bang regarding the regulatory environment in the form of Brexit. The clock striking midnight on 1 January signalled the end of the transition period, meaning the UK was no longer subject to EU trading rules as a member state.

Although a last-ditch deal on Christmas Eve 2020 meant system meltdown was avoided, anyone hoping for the promised ‘frictionless trading’ between the UK and EU was soon disappointed. A combination of the new customs procedures and Covid-19 protocols saw costly transport delays for the food and drink industry as lorries backed up at the Channel ports.

In addition to that, a complicated picture began to emerge from some of the detail regarding the new regime affecting exports of food and ingredients.

For example, the so-called ‘rules of origin’ (RoO) meant tariffs could be applied to exported goods depending on where they originated from – potentially causing an issue for those in the UK baking industry using third-party (brought in from outside the UK or EU) wheat for products to export to the EU.

To cut through an area beset with complexity, it emerged that if a finished product was made up of more than 15% of third-party wheat, then tariffs could be applied when importing it from the UK to the EU. This had implications for producers using Canadian wheat, US durum or Black Sea grain.

With the importer footing the bill – at a full tariff rate of €172 per tonne – the Republic of Ireland was highlighted as the biggest loser from this situation due to its heavy reliance on flour imported from the UK, much of which contains a high proportion of American and Canadian wheat.

Since added tariffs would inevitably have a knock-on effect on the price of bread, Alex Waugh, director of UK Flour Millers, pointed out to British Baker that EU consumers were in line to bear the cost of the rule. 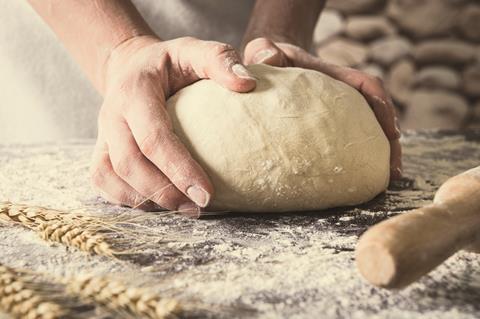 Another knock-on effect from Brexit on the baking industry in 2021 became apparent in the summer when the Department for Environment, Food & Rural Affairs (Defra) announced it was undertaking a review of the Bread and Flour Regulations 1998.

When the UK was part of the EU, the so-called ‘mutual recognition principle’ meant flour from the UK could be placed on the market of other EU member states, and vice versa, regardless of national rules as long as it complied with EU law. However, Brexit obviously put paid to this.

Defra, therefore, decided it was time to revise the rules to ensure they’re fit for purpose in the new trading environment.

The department held an industry consultation in February and March 2021 and subsequently set up a Bread and Flour Technical Working Group (BFTWG) comprising stakeholders representing a cross-section of the bread and flour supply chain. Along with various government agencies, industry bodies and consumer groups, organisations taking part in this group include UK Flour Millers, Federation of Bakers, Real Bread Campaign and companies such as Premier Foods, AB Mauri and Lesaffre.

The first meeting of the BFTWG took place in September. By this point, the Federation of Bakers had already drafted a report with suggested amendments to the regulations, “with a particular focus on the disparity between Defra’s view and that of the EU Commission on the definition of flour as processed/unprocessed”.

The Real Bread Campaign was also keen to make its case for tighter restrictions for the use of the term ‘sourdough’. “If there’s just a small sprinkling of sourdough flavouring or powder to justify the use of the word, we believe it’s misleading to the customer, particularly when there’s a growing body of evidence that there are nutritional and health benefits to genuine sourdough bread, and it’s also no good for the small independent baker,” campaign coordinator Chris Young told British Baker. 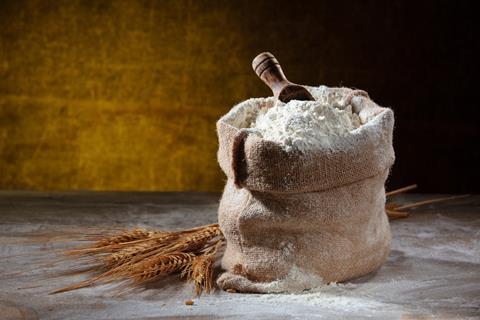 Although the full review of the Bread and Flour Regulations 1998 is expected to take some time, the government wrapped up one talking point promptly by announcing on 20 September that the fortification of non-wholemeal wheat flour with folic acid would become mandatory in the UK.

The decision means folic acid will join calcium, iron, niacin and thiamine on the list of mandatory ingredients for the fortification of flour, with the implementation to be included in the Defra review.

The reason for the move – which brings the UK into line with 80 other countries including Australia, New Zealand and Canada – is to combat neural tube defects leading to spinal conditions in babies.

The decision was welcomed by Gordon Polson, chief executive of the Federation of Bakers (FoB). “The FoB has consistently said that the fortification of flour is a medical decision and as an industry we have always been responsive to what is in the best interests of consumers,” he said. 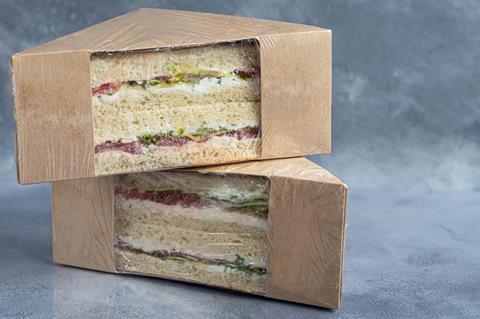 One key piece of legislation for the food industry that originally passed in September 2019 came into force on 1 October 2021: the UK Food Information Amendment 2019 – better known as Natasha’s Law.

The legislation ushered in new rules for pre-packed for direct sale (PPDS) food, requiring an individual label showing the name of the food item and a full ingredients list on all food prepared on the premises where it is sold, before the consumer purchases it, and either fully or partially enclosed in packaging.

The catalyst for the amendment was a fatal allergic reaction to sesame suffered by teenager Natasha Ednan-Laperouse after eating a baguette bought pre-packed at a Pret a Manger store in 2016.

There was concern before the legislation came into force as to whether the food industry was ready for the new rules, with eight out of 10 food business owners telling a GS1 survey they felt unprepared. However, the Food Standards Agency (FSA) launched a hub in the summer to help businesses, including bakeries and cafés, comply with the legislation, and fears have so far been allayed.

At the end of the year, the Food Standards Agency launched a further consultation on food labelling regarding ‘may contain’ alerts. 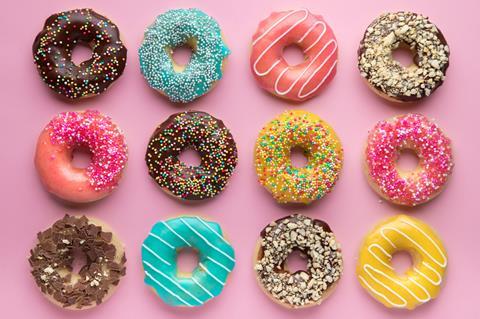 Even before Natasha’s Law had come into effect, the industry discovered there were more compliance headaches on the way, potentially affecting cakes, biscuits, morning goods and pizza.

Following a consultation, the government announced in June that advertising restrictions would come into force for high fat, salt and sugar (HFSS) foods, both on TV and online, at the end of 2022.

The planned legislation will apply a watershed at 9pm, so adverts for HFSS food and drink will only be shown on UK TV and on-demand programmes between 9pm and 5.30am. The online ban will affect all forms of paid-for advertising, with the scope encompassing social media, videos and influencer marketing. However, brand-only advertising will be allowed as long as an HFSS product is not identifiable, and the ban only applies to large businesses – those with 250 or more employees.

Products will be subject to the restrictions if they are defined as ‘less healthy’ according to the 2004 to 2005 Nutrient Profiling Model (NPM) developed by the Food Standards Agency.

In a linked initiative, store promotions of HFSS products will also be restricted – by both location (store entrances, aisle ends and checkouts, as well as online equivalents) and volume price (with the prohibition of ‘buy one, get one free’ and ‘three for two’ offers).

The legislation on store promotions was due to come into effect in April 2022 but a six-month delay has been applied to allow businesses to adapt, meaning implementation will now be October 2022.

As you might expect, the announcement of the advertising ban wasn’t entirely welcomed by the food industry. Kate Halliwell, the Food and Drink Federation’s chief scientific officer, expressed her disappointment at the government’s insistence on pressing ahead with “headline chasing policies”.

However, Philippa Knight, marketing director for Puratos UK, said the ban could present “both challenges and opportunities” for the industry. 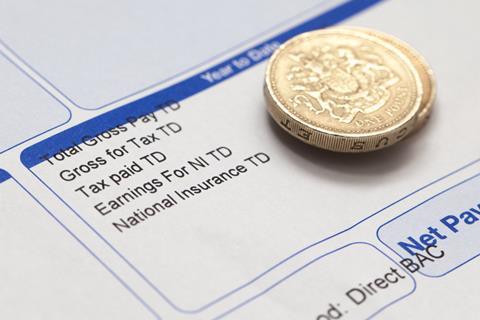 The year of 2021 has been one of rising costs for the baking industry. What’s more, 2022 looks set to bring more of the same.

This comes against a backdrop of an ongoing labour shortage, making recruitment and retention of staff increasingly competitive for bakery businesses. The likes of Costa have responded by giving employees a 5% pay rise. However, according to Tony Wilson, director at the Institute for Employment Studies (IES), the answer doesn’t lie with heavier pay packets alone. 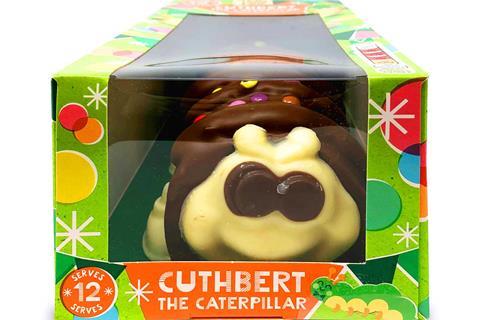 As far as the public and national press were concerned, the law-related bakery story of the year was without doubt Colin versus Cuthbert – the battle of the caterpillars.

In April 2021, M&S announced it was taking legal action over similarities between its iconic Colin the Caterpillar cake and Aldi’s rival product Cuthbert the Caterpillar. M&S argued that that Cuthbert represented a trademark infringement and filed a claim with the High Court.

Aldi initially responded by removing Cuthbert from shelves, but the controversial caterpillar made a comeback before the end of the month, with profits donated to the retailer’s charity partner Teenage Cancer Trust as well as Macmillan Cancer, which is the charity partner of M&S.

Aldi also appealed to its supermarket rivals – including M&S – to make equivalent fundraising commitments from sales of their own caterpillar cakes. M&S responded by pointing out its own charity drives and suggesting Aldi “use [its] own character”.

With the disagreement played out via tabloid headlines and social media, Aldi made hay with the publicity and even staged a charity sky dive for Cuthbert in May.

As pointed out by Ben Evans, legal director and chartered trademark attorney at Blake Morgan, no timeline has been set out for reaching a verdict in the case and “what that decision will be when the time comes is equally unclear”.

Evans was of the opinion, however, that in the short term, the legal row “had done wonders” for Cuthbert’s popularity, while M&S had received a public backlash – “the damning accusation of being ill-humoured, one of the hardest for a brand to recover from in Britain”.